governed by the spirit activity

God’s Blessing To His Kids “Laughter” 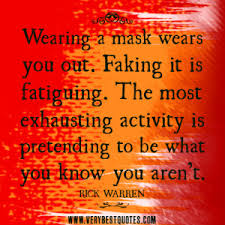 Two good old boys bought a couple of horses during the summer. But when winter came, they found it cost too much to board them. So they turned the horses loose in a pasture where there was plenty to eat.
One said to the other: “How will we tell yours from mine when we pick them up?”
“Oh that’s easy,” replied the second. “We’ll cut the mane off my horse and the tail off yours.”
By spring tho’, the mane and tail had grown back to normal length.
“Now what are we going to do?” asked the first.

“Why don’t you just take the black horse?” said the second man, “and I’ll take the white one.”

Now that’s silly. Nobody would overlook anything THAT obvious. But there are Christians that do it all the time. And, one of the most unfortunate topics some Christians tend to overlook is the importance and value of the Holy Spirit in our lives.
Jesus taught that He was going to send us a powerful force – His Holy Spirit.
We were promised this Spirit if we repented and were baptized in the name of Jesus for the forgiveness of sins(Acts 2:38).
According to Ephesians 1:13-14 the Holy Spirit is the mark of our salvation.
And Rom 8:9 tells us that without that Holy Spirit within us, we wouldn’t belong to Jesus.

If the Holy Spirit is that critical to our lives – why would we overlook it?

I. One of the reasons is that some Christians just take the Spirit for granted. These Christians are a little like the woman who told her friend that she had gotten in her car one day, started it up and saw the “Check engine” light blinking on and off on the dash. She told her friend, that she looked under the hood, but she didn’t know what the problem was – the engine was still there.

In other words, it is critical for us to know if walking with the Spirit and if He is within us, filling us with His strength to help us contend against the power of the sinful nature. This is a serious matter. How do we know if we have the fullness of the Holy Spirit within us?

It would be SO much easier if we had a simple way to gauge the Spirit’s presence. Kind of like a gas gauge in our cars. A gauge that would helps us to know how much of God’s Spirit we had within us.

Now, in the Early Church, people had all kinds of “showy gifts” – like prophecy, speaking in tongues, healings and so on – that would have helped in assuring them that the Spirit was there. That’s why Charismatic churches have such wide appeal to so many today. With all their emphasis on “prayer languages” and “ecstatic” experiences of the Holy Spirit – they (at least) think they have the Holy Spirit. It serves as a “gauge.” It meets a very critical psychological need. And it can be a very deceptive and very appealing experience.

Just as an example of how appealing this type of experience can be – back in 1995, Newsweek (Feb. 20, 1995) reported something called the “Toronto Blessing,” so named because it started out in a charismatic congregation called the Vineyard Christian Church in Toronto, Canada. As Newsweek reported it: “It began when a dozen pilgrims from Oregon got up to introduce themselves and then began to fall to the floor, laughing uncontrollably. An hour later, the huge new church looked like a field hospital. Dozens of men and women of all ages were lying on the floor: some were jerking spasmodically; others closed their eyes in silent ecstasy. A middle aged woman kicked off her pumps and began whooping and trilling in a delicate dance. Scores of others proclaimed deliverance from emotional and physical pains. ’I’ve been living in my spirit,’ said a woman from Long Island, N.Y., still giggling after 20 minutes on the floor.

“In all, more than 100,000 people have experienced the ’Toronto Blessing,’ which believers interpret as an experience of the Holy Spirit much like the ’speaking in tongues’ mentioned in the New Testament…. ’It’s a gusher of the Holy Spirit,’ says pastor John Arnott of the Toronto Vineyard, who now travels around the world spreading the hilarity of the Lord.”
Newsweek finished its report by noting that some worshippers had developed a “beastly” twist on this phenomena: some in their congregations were now “roaring” like animals.

Now why would they do this? Why would they behave like this? NOT BECAUSE OF GOD. No this isn’t of God. They who did this did it BECAUSE (in an emotionally charged atmosphere like the one in Toronto) there was a powerful motivation to be able to “show off” what they thought was the Spirit’s presence.

For various reasons I reject the Charismatic teachings on tongues & prayer languages. BUT in the early church it would have been easy for every Christian to have such outward manifestations. ALL you would have needed (in those days)was for an Apostle to come and lay hands on you and you could have had any of the miraculous gifts listed in Scripture.

You can find Apostles laying hands on believers several times in Book of Acts, resulting in miraculous outpourings of God’s Spirit.

In Romans 1, Paul wrote saying that he wished to come to them so that he might impart spiritual gift (1:11).
In 2Tim 1:6 Paul wrote to Timothy saying: “I remind you to fan into flame the gift of God, which is in you through the laying on of my hands.”

So Paul, or any of the other early Apostles, could have laid hands on any Christian and that believer would have a legitimate sign of the Holy Spirit’s presence.

II. But now, wait a minute! If that’s true (that any Christian of that day could have had miraculous gifts as a result of an Apostle’s hands) then, some of Galatians should have had those kinds of gifts as well. Paul founded the Galatian congregations, and no doubt would have laid hands on them, just as he did on others in the other churches he began. There would have been “obvious” gifts in the churches of Galatia, just like there were in Corinth.

BUT Paul doesn’t tell the Galatians that they can tell whether or not they have the Spirit by their ability to speak in tongues or to prophecy, or anything else like that. Oh no.

Reread Galatians 5:22-26. It says: “But the fruit of the Spirit is love, joy, peace, patience, kindness, goodness, faithfulness, gentleness and self-control. Against such things there is no law. Those who belong to Christ Jesus have crucified the sinful nature with its passions and desires. Since we live by the Spirit, let us keep in step with the Spirit. Let us not become conceited, provoking and envying each other.

Bear in mind, the letter to the Galatians was not a theological dissertation for a Bible Seminary to study. This was a real letter written to a real church, struggling with some real problems. AND the church in Galatia had a serious problem (a problem even churches today have) Look again at vs. 15 “If you keep on biting and devouring each other, watch out or you will be destroyed by each other.”

I ran into that once. The church I was serving was boiling with anger – some of it towards me and some of it towards other members. Now I’m not going to go into great detail on the specifics, but suffice it to say I was convinced that the congregation was on the edge of splitting wide open. I believe God led me to preach this specific passage (Galatians 5) to them. After spanking them from the pulpit for some very bad behavior, I proceeded to read Galatian 5:19-26. Then I said “I know there are people in this congregation that don’t like me very much. Some people are on ’my side’ and some are not. I want you to know I don’t really care about that right now. I don’t care if you like me or not. BUT I do care about the condition of your hearts and HOW you behave as children of God in this situation.

“I want to ask you to evaluate how you have behaved in this matter, in light of this passage of Scripture. Have you behaved with love towards each other? Have you sought to create an atmosphere of joy in this congregation? Have you worked to create peace? Have you been patient with one another? Have you been kind towards one another? Good? Gentle? (and so I went through each of the 9 fruit of the Spirit).
“Or, have you been behaving in accordance with the works of the flesh? (laying special stress on “hatred, discord, jealousy, fits of rage, selfish ambition, dissensions, factions – Gal. 5:20). I want you to notice that Paul considered it necessary to repeat a warning that he’d apparently given these Christians at an earlier time: ’”I warn you, as I did before, that those who live like this will not inherit the kingdom of God’ (Galatians 5:21b).
“Now, I don’t care whose side your on. I don’t care if you like me or if you don’t. BUT, if you continue to behave according the acts of the flesh – you’re going to hell. And I don’t want you to end up there. You need to repent.”
Then I gave the invitation. Three women came forward to repent – and they were some of the ones who liked me. But the evil in that situation had spread so far that it contaminated these 3 very gentle women and caused them to be entrapped in the hatred that was consuming others. And they knew it.

The best gauge – that the Spirit is in control of your life – is discovered when you’re upset, angry, and frustrated… when you have to deal with people that cause your blood to boil. IF, in those situations, you can react with an attitude of love, a desire to create an atmosphere of joy, a longing to promote a peaceful solution, an attitude of patience, etc. THEN, you are controlled by the Spirit. If not – you’re in trouble.