~ Free Yourself and Then Others~

As the late British scholar and writer C.S. Lewis once stated, “Literature adds to reality, it does not simply describe it.  It enriches the necessary competencies that daily life requires and provides; and in this respect, it irrigates the deserts that our lives have already become.”  Indeed, throughout history, humanity has been blessed to explore beautiful expressions of excellent writers such as Herman Melville, Leo Tolstoy, Fyodor Dostoevsky, Ralph Waldo Emerson, Virginia Woolf, Robert Frost, Pablo Neruda, George Santayana, Frantz Fanon, T.S. Eliot, Anton Chekhov, Walt Whitman and Jhumpa Lahiri.

Oftentimes, rich literary treasures are not associated with writers of African descent, but objective evidence has shown and continues to denote that some of the world’s finest books have evolved from the minds of black authors. Whether fiction or non-fiction, these writings have been important not only as poignant reflections of reality, but also as interesting opportunities for cross-cultural understanding.

Written by the founder of Negro History Week (later to be expanded and renamed as Black History Month), The Miseducation of the Negro is a classic work in which Dr. Woodson critiques an antiquated and propagandist education system that left many blacks unable to think for themselves, uplift their race and solve problems confronting their community.  Dr. Woodson strongly believed that “miseducated” African-Americans should learn to become self-reliant  and sacrifice for the progress of their people, in lieu of seeking higher paying jobs and becoming dependent on their oppressors.

I really desire to share all the pain and struggles I had to endure to free my mind from the ignorance that once had me imprisoned mentally. I read and I prayed and I stood on His promises. I found my solace in my hope that I would one day know how important being a father and a husband really is. I held on to my hope that I would one day be able to share my intelligence and journey with people of the same struggle. I desired with every fiber within me to help men of color who have abandoned their calling  to re-engage and desire to stand their post in the community and family structure.

After receiving the Oscar for Best Song for “Glory” from Selma, John Legend gave an impassioned speech calling out the present-day state of affairs for African Americans. One line stood out: “We live in the most incarcerated country in the world. There are more black men under correctional control today than there were under slavery in 1850.”

It’s become a widely cited statistic, after the publication of Michelle Alexander’s The New Jim Crow in 2011 — which helped make mass incarceration a hot topic of discussion. But is it true? Yes, the basic numbers check out — although the stat is a little misleading.

The key to this is the term “correctional control” — which doesn’t just refer to prisons, but to jails (for people who haven’t been convicted yet, or are serving short local sentences); parole (for people who’ve been released from prison but are still being supervised); and probation (supervision as an alternative to a prison sentence). In all, as of a 2009 report from the Pew Public Safety Performance Project, one in every 31 Americans is under one of these four types of “control.”

So while there are fewer black men physically in prison today than there were in slavery in 1850, the addition of probation and parole brings it over the top.

Here are the numbers:

The totals: 1.68 million black men are under correctional control in the US, not counting jails. That’s over three times as many black men as were enslaved in 1850.

Here’s why this is a bit misleading: there are more black men (and more people, generally) in the US now than there were a century and a half ago. In 1850, there were 3.6 million African Americans in the US (men and women), according to the Census; in 2010, there were 42 million. So a much larger share of the black male population was enslaved in 1850 than is under correctional control today.

That doesn’t keep the statistic Legend offered from being true, or alarming. What’s even more alarming is the number of other statistics he could have offered to show the impact that mass incarceration has had on black men over the past few decades.One example: a black child whose father didn’t complete high school has a 50 percent chance of seeing him incarcerated by the time she’s 14. Or check out this video:

The United States has the biggest population of prisoners in the world, both in terms of the number incarcerated and as a percentage of the total population.

Where America appears to distinguish itself is in the length of sentences for property crimes and drug crimes. One study found that sentences in the United States for burglary are about three times longer than sentences in England for the same crime.

The disparity is even bigger for drug cases. A first-time offender convicted of possessing a kilogram of heroin could get 4 months of prison in England. In America, the federal mandatory minimum sentence is 10 years.

The United States has the biggest population of prisoners in the world, both in terms of the number incarcerated and as a percentage of the total population.

Who decides how long a prison sentence should be, and how?

While juries are in charge of determining whether a defendant is guilty, the responsibility for figuring out the length of the prison sentence lies with the judge. For federal crimes, the government currently has a couple of ways to ensure criminal sentences are consistent among all federal judges. Those systems complicate the process of setting a sentence.

The first way the federal government can control the length of a prison sentence is through what are called mandatory minimums. Those are laws passed by Congress that explicitly state someone convicted of a certain crime has to spend at least a set number of years in prison.

Not all crimes have mandatory minimums written into law. And for the ones that do, just saying “at least” doesn’t give much guidance as to how long the sentence should be. That’s where the second part of the system comes in: the federal government’s sentencing guidelines.

The sentencing guidelines are a complicated math formula that takes a bunch of factors into consideration, including whether the defendant already has a criminal record; how severe the crime was; how involved the defendant was in the crime; and whether violence was involved. The formula spits out a recommended range for the sentence and the judge picks a sentence length that seems fair within that range.

Even though the federal sentencing guidelines are called “guidelines,” judges often treat them as rules. In 2005, the Supreme Court ruled that the guidelines were supposed to actually be guidelines, and that judges should be able to give defendants shorter sentences if they wanted. That’s called “downward departure.” The judge is departing from the guidelines to hand down a sentence that’s below the federal recommendation. However, in most cases — especially when there’s a mandatory minimum involved — judges tend to follow the guidelines. 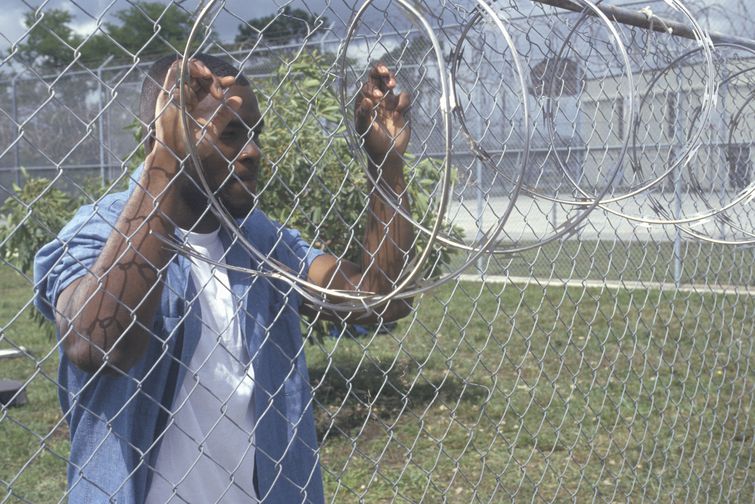