~Desire To Live Sober In Christ~

9 How can a young person stay on the path of purity?
By living according to your word.
10 I seek you with all my heart;
do not let me stray from your commands.
11 I have hidden your word in my heart
that I might not sin against you.
12 Praise be to you, Lord;
teach me your decrees.
13 With my lips I recount
all the laws that come from your mouth.
14 I rejoice in following your statutes
as one rejoices in great riches.
15 I meditate on your precepts
and consider your ways.
16 I delight in your decrees;
I will not neglect your word.

During a business trip to Philadelphia, I walked down Broad Street toward City Hall each morning to catch the subway. Each day I passed a long line of people waiting for something. They were a cross-section of humanity in age, ethnic origin, and appearance. After wondering about it for 3 days, I asked a man on the sidewalk why all those people were standing in line. He told me that they were on probation or parole after breaking the law and had to take a daily drug test to show that they were staying clean.

This struck me as a vivid illustration of my need to stay spiritually clean before God. When the psalmist pondered how he could live a pure life, he concluded that the key was to consider and obey God’s teaching. “Your Word I have hidden in my heart, that I might not sin against You. Blessed are You, O Lord! Teach me Your statutes. . . . I will delight myself in Your statutes; I will not forget Your Word” (Ps. 119:11-12,16).

In the light of God’s Word, we see our sin, but we also see God’s love in Christ. “If we confess our sins, He is faithful and just to forgive us our sins and to cleanse us from all unrighteousness” (1 John 1:9).

Lord, grant that we may hear You speak As truth within Your Word we seek; And may it show us all our sin And make us clean without, within. —D. De Haan
Read the Bible to be wise, believe it to be safe, practice it to be holy.

~Let Your Works Represent Your Faith~ 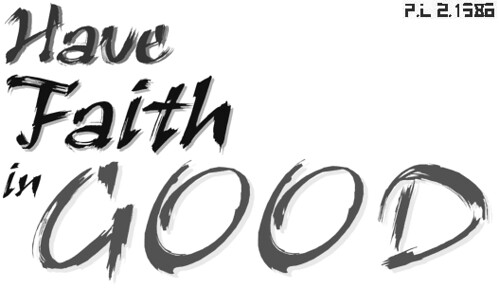 For as the body without the spirit is dead, so faith without works is dead also (James 2:26, NKJV).

He was a successful doctor and an elder in a high-profile church of several hundred members. He was a major giver to the church’s big projects, and his generosity encouraged others to be more sacrificial. The doctor was also a great preacher. When the pastor was gone he spoke, and everyone looked forward to his messages, which were theologically deep, heartfelt, and spiritual.

Then one day the truth came out. The doctor’s absence at church the previous Sabbath had not been because he was on vacation, as many had thought. No, he was found dead in his beachfront condo from an overdose of recreational narcotics.

Worse was the shocking revelation that in his bedroom were dozens of pornographic videos and magazines. The church was devastated, especially the young people, who had looked up to him as a role model. Though we must leave all judgment in God’s hands, the doctor’s actions certainly call into question the reality of his faith.

The point? Though we are saved by faith, we cannot separate faith and works in the life of a Christian, a crucial but often misunderstood truth expounded upon in the book of James.

Faith without works. James gives a vivid illustration of this kind of phony faith (James 2:15-16). As we have already seen, obedience in the book of James is relational. So, how do we relate to a brother or sister in the church who is in need? Words are not enough. We cannot simply say, Go in peace. God will provide, when God has provided us the means to help that brother or sister.

Of course, needs can be endless, and we cannot meet them all. But there is a principle called the power of one. We are the hands and feet of Jesus, and we can help others one person at a time. In fact, that is how Jesus usually worked. In Mark 5:22-34 a man whose daughter was dying appealed to Him for help. On the way, a woman approached from behind and touched Jesus’ garment. After the healing, Jesus could have gone on and the woman would have left rejoicing. But Jesus knew that she needed more than physical healing. So, He stopped and took the time so that she could learn to be a witness for Jesus, to share as well as to receive. Then He said the same words we have in James 2:16, NIV: Go in peace (Mark 5:34, NIV). But, unlike the words in James, in this case they actually meant something!

When we recognize a need but do nothing about it, we have missed an opportunity of exercising faith. By doing so, our faith gets a little weaker and a little deader. This is because faith without works dies. James describes it even more starkly: faith is dead already. If it were alive the works would be there. If they are not, what good is it? At the end of verse 14, James asks a question about this kind of workless and worthless faith. It comes across far more strongly in Greek than it does in most translations: That faith cannot save him, can it? The answer James expects us to give is clearly No.

How can we learn to better express our faith through our works while protecting ourselves from the deception that our works save us?