Help Us To Know Your Ways

John 13:7
The Message (MSG)
7 Jesus answered, “You don’t understand now what I’m doing, but it will be clear enough to you later.”

In this life, we have an incomplete view of God’s dealings, seeing His plan only half finished and underdeveloped. Yet once we stand in the magnificent temple of eternity, we will have the proper perspective and will see everything fitting gracefully together!

Imagine going to the mountains of Lebanon during the reign of Israel’s great King Solomon. Can you see the majestic cedar? It is the pride of all the other trees and has wrestled many years with the cold north winds! The summer sun has loved to smile upon it, while the night has caused its soft leaves to glisten with drops of dew. Birds have built their nests in its branches, weary travelers and wandering shepherds have rested in its shade from the midday heat or taken shelter from the raging storms. And suddenly we realize that this old inhabitant of the forest has been doomed to fall victim to the woodsman’s ax!

We watch as the ax makes its first gash on the cedar’s gnarled truck. Then we see its noble limbs stripped of their branches as the tree comes crashing to the ground. We cry out against the wanton destruction of this “Tree of God,” as it is distinctively known, and express our anger over the demolition of this proud pillar in the forest temple of nature. We are tempted to exclaim with the prophet Zechariah, “Wail, O pine tree, for the cedar has fallen…!(Zech. 11:2), as if inviting the sympathy of every less-majestic plant and invoking inanimate things to also resent the offense.

We should not be so quick to complain but should follow the gigantic tree as the workmen of “Hiram King of Tyre” (2 Chron.2:3) take it down the mountainside. From there we should watch it being sailed on rafts along the blue water of the Mediterranean. And finally, we should behold it being placed as a glorious and polished beam in the temple of God. As you contemplate its final destination, seeing it in the Holy of Holies as a jewel in the diadem of the Almighty King, can you honestly complain that this “crown jewel of Lebanon” was cut down, removed from the forest, and placed in such a noble setting? The cedar had once stood majestically in nature’s sanctuary, but “the glory of this present house will be greater than the glory of the former house”(Hag.2:9)

So many people are like these cedars of old! God’s axes of trials have stripped them bare, and yet we can see no reason for such harsh and difficult circumstances. But God has a noble goal and purpose in mind: to place them as everlasting pillars and rafters in His heavenly Zion> And He says to them, “You will be a crown of splendor in the Lord’s hand, a royal diadem in the hand of your God”(Isa.62:3). I don’t ask my cross to understand, my way to see-Better in darkness just to feel Your hand, And follow Thee.

What do the deaths of Sanford, Fla., teenager Trayvon Martin, Rutgers University student Tyler Clementi and former Marine Kenneth Chamberlain have in common? The fact that they are perceived as “the other” by mainstream society, due to the fact that they were not white (Martin and Chamberlain) or straight (Clementi). It is this “otherness” which compels people to dismiss their deaths as acts of racism and homophobia. Racism and other phobias have evolved into the demonization of “the other,” a reflection and byproduct of changing demographics, and the inability of those to adapt to these changes due to either fear or the wish to return to the “good old days.”These are not isolated incidents but a symptom of a new racism that is not perpetuated just by white but also by people of color, as in the case of George Zimmerman, Trayvon Martin’s killer who is of Hispanic descent. This new racism stems from the need to identify with the dominant ideal of being American, which in our society still means being heterosexual and white. These perpetrators have internalized the new racism (and homophobia) by seeking to be a member of the dominant society and targeting individuals whom they don’t consider their equals. Examples of this disturbing trend abound in the press and are highly influenced by socio-economic factors such as education and class. In the case of Clementi, it was a young man of Indian descent who felt it was right to harass his white roommate as he felt his alleged homosexuality was his “otherness,” an excuse to victimizing him. In the shooting of Trayvon Martin, it was the same “otherness” which compelled Zimmerman, a man of mixed heritage, to single out and target a young black boy perceived as “the other” assumes he was “up to no good.” Often people choose to believe hate crimes happen are isolated incidents and that they don’t reflect the feelings of the larger society. They prefer to define the criminal(s) as just “bad people” who are not necessarily racist or homophobic. But the reality is different and it reflects a still pervasive racism, or fear of “the other,” by mainstream, white and heterosexual society. These expressions of racism are not limited to actual killings. Every time a person thinks of the other as being less educated, or immigrants, or a from a different ethnicity, styles of dress or any reasons to justify the denomination of someone, this new racism is at work. Something we all should reflect as we see these hate crimes increasing in front of our eyes. 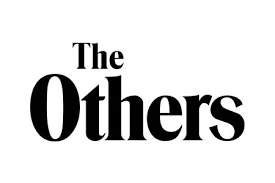 Racist polarization, promoted in theatrical fashion by the corporate media, distracts people from the real cause of class and racial division — an economic and social system designed for exploitation and predation by a hereditary elite. If we are feeding on each other, if we perpetually with the passing of each generation fall victim to class and racial warfare, we will never recognize the real criminal class victimizing us all. 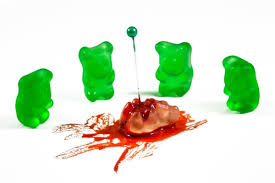 What’s going on here? What are the figures in the picture of gummy bears thinking? [This guy’s different; why is he a different color? Why is she not the same as us; others seem to feel the same way; should we eat it?] What is the figure in the middle thinking? [Why are they surrounding me? I feel pretty uneasy here; why are they all pink? Where are my friends? Are they going to eat me? I wish I was at home in bed] Have you ever felt this way? Out of place. In the wrong place at the wrong time. In the minority? Surrounded by difference and the unfamiliar? Perhaps the object of derision? Perhaps a victim Today we’re going to be looking at three different things…three “ism’s”. Racism. Sexism. Classism. The reason for this is that, even though compared to our various class of people we may feel, as Americans, that we are pretty much ok regarding these three words…the reason is that these “ism’s” exist in our country, in our province, in our city, in our neighborhoods and, shockingly perhaps, even here…in us. Now we probably think of ourselves as a pretty tolerant people.